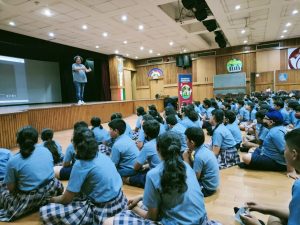 We Indians are proud over our culture and heritage. Want to know why? It is because of the four pillars of Indian youth foundation: Siksha (education), Sanskar (subconscious impressions or moral conduct), Sanskriti (culture), Sabhyta(civilization). With the moto of Create, Crave and Contribute, L’Association Frehindi endorses in the philosophy that has been shaping the bright future of our youth. Come and be a part of this on the event of fête de bannière at Lyon on 17th September.

Let’s dive deep into the values Indians have been installing in their youth since ages.

Siksha means education. Education, further, means knowledge. We have the right to knowledge to everything concerning us. Be it arts, science, spiritual-wellbeing, architecture, music, or politics. India has had and still have a Guru-Shishya tradition. In this spiritual relationship and mentoring,  teaching transmitted by the Guru (Teacher) to the Shishya (disciple). The system has created the tradition of great lineage of Teachers-Disciples relationship. The relationship is based on the respect, commitment, devotion and quest for truth. It is considered to be the most effective way of imparting knowledge. The baton of knowledge thus comes to the disciples, which they take forward to newer generations paving the way for knowledge to thrive.

Sanskaras/ Samskaras (subconscious impressions) are age old traditions meant to give shape to qualities such as inner balance, polished and civilized behavior, and refinement of your spiritual being. They are personal sacraments observed at every stage of life right from the moment of birth to cremation and the final scattering of the ashes.

The philosophy of sanskaras revolves around the concept of Karma theory. Sanskara is a Sanskrit term, derived from two roots; sam meaning “well planned” or “well thought out”, and kara meaning “the action undertaken”. They are handed down from the ancient period to ensure better functioning of the system and better conduct among the society members. Virtue and right conduct were the basis for the development of Samkaras, embedded below the level of consciousness. 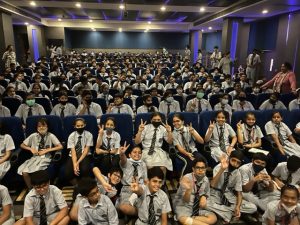 Sanskriti (culture) of a country plays a vital role in the development of the nation. It encompasses the social behavior, institutions, and norms found in human societies as well as the knowledge, beliefs, arts, laws, customs, capabilities, and habits of the individuals in these groups.

India’s diverse languages, religions, dance, music, architecture, food and customs are its heritage and assets to our sanskriti. Indian culture has always intrigued the world. Be it our greeting style, festivals, family structure and marriage, cuisine, clothing, dance or mythology. Most of these originate from the ancient Indian scriptures and texts, which have paved the way of life in India for thousands of years and more to come. Indian culture is a combination of various cultures which makes us the diverse country we are.

Sabhyata (civilization) derived from sabha means “organised group” thus sabhyata meaning- to be capable of participating in an organised group. Sabhyata is a human quality to be in a society. A person with sabhyata or a civilized person is someone who is a worthy member of a society. Someone who never fails to share and care for his fellow members and society.

Indus valley civilization, also known as Harappan civilization, was one of the three early cradles of the civilization of the old world, and was a part of Bronze age around 3300 BCE. A country’s civilization is characterized by the development of political state, social stratification, urbanization and symbolic systems of communication, along with their cultural and technological development. There is a very close relationship between culture and civilization; it is like one is soul and the other is body.

A good Siksha (education), leads to good Sanskar (subconscious impressions or moral conduct); a good sanskar leads to good Sanskriti (culture); and a good culture leads to good Sabhyta(civilization). They are the four wheels of the same chariot. The method through which the cultural values are instilled in our youth are crucial. Hence it must be made sure that they get the proper guidance and support required. So, come and explore the educational and cultural integration of the youth with LAF (L’Association Frehindi) at our stall on the event of fête de bannière at Lyon on 17th September.